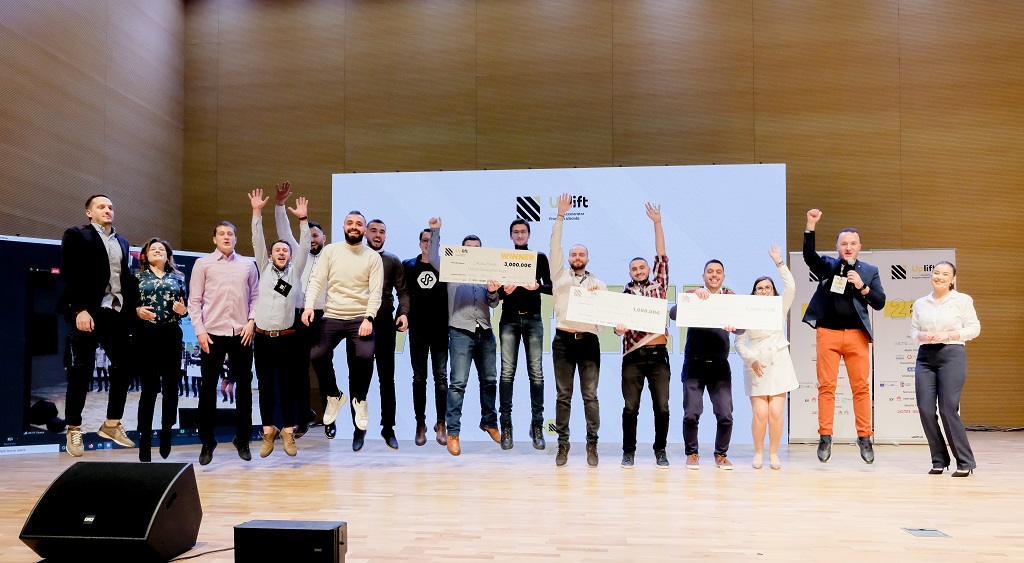 In a dynamic world driven by technology, business ideas are born every day and while it is easy to come up with an idea, the biggest challenge is executing it successfully. 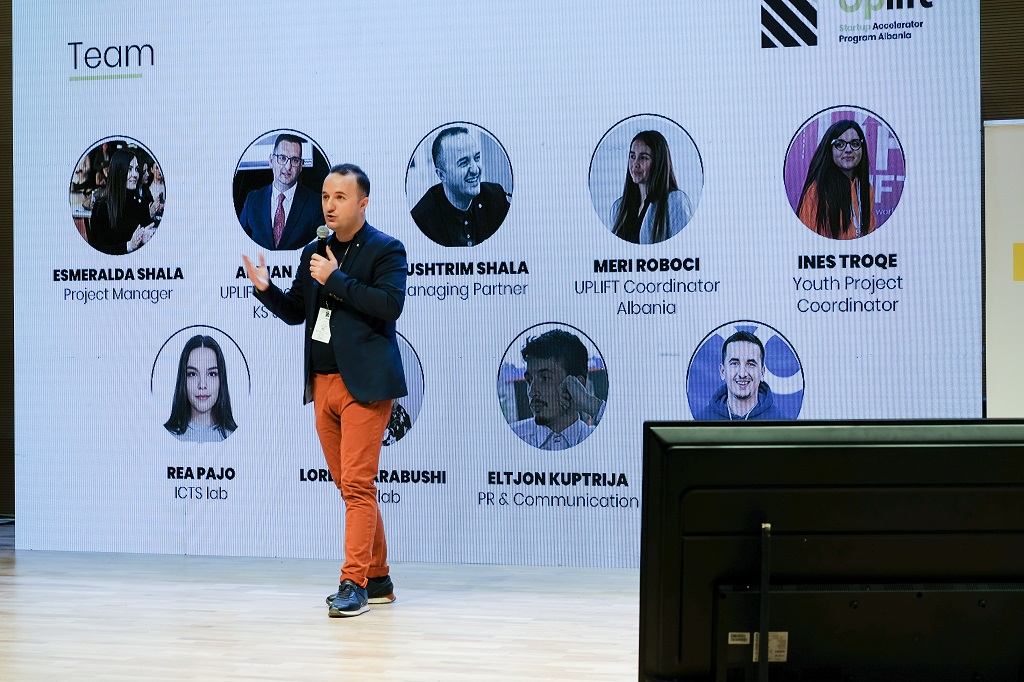 “Two years ago, before Uplift Albania, we were organizing Albanian ICT Awards that successfully managed to attract local stakeholders but our efforts did not stop here, because such innovations and talent deserved international recognition. And here it comes Uplift Albania, an international event,” said Mr. Kushtrim Shala, co-founder of ICTSmedia. 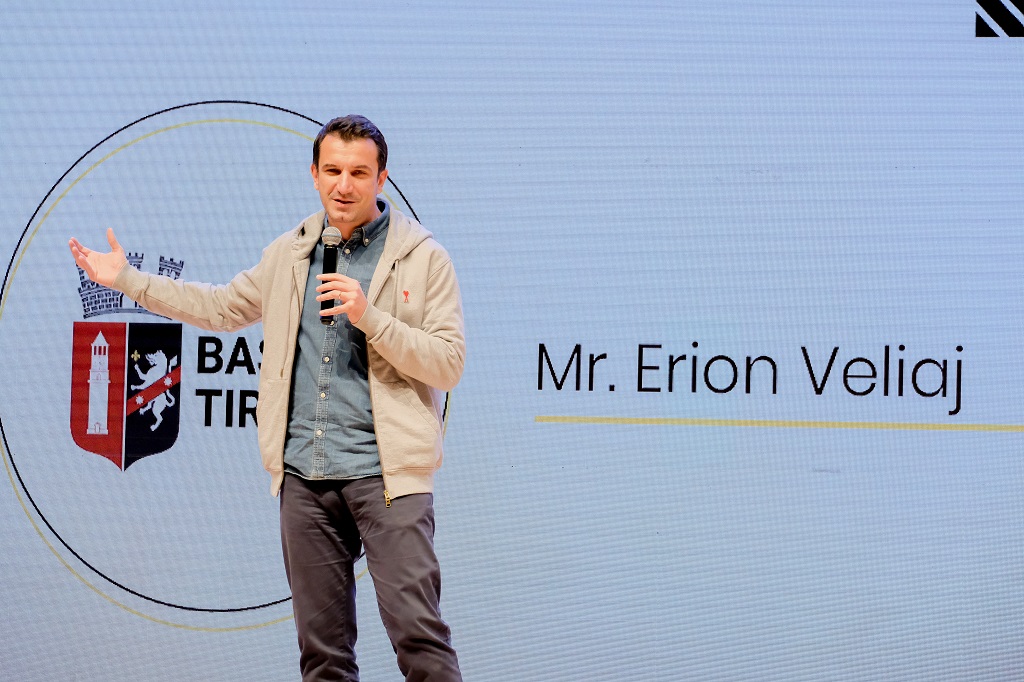 Uplift Albania started accepting applications on September of last year, officially kick starting the second batch of startups and on October 5 at Selection Bootcamp 8 out of more than 50 startups were selected for acceleration program.

“Earthquakes and pandemics destroy things but cannot destroy knowledge,” said Mr. Erion Veliaj, Major of Tirana who did not hide his emotions. “I am very proud for every one of you knowing how hard is and the fact you successfully climbed this stage, encourages me the most.”

Startup came to Demo Day knowing they will face an investor panel and partners and had to showcase every bit of potential achieved during acceleration program.

“We at SOVVA believe that big changes do not need big money. And this project with enthusiastic and energetic people around him have proven this,” said CEO of SOVVA Mr. Daniel Straka. Talent is the commodity of the future he said. 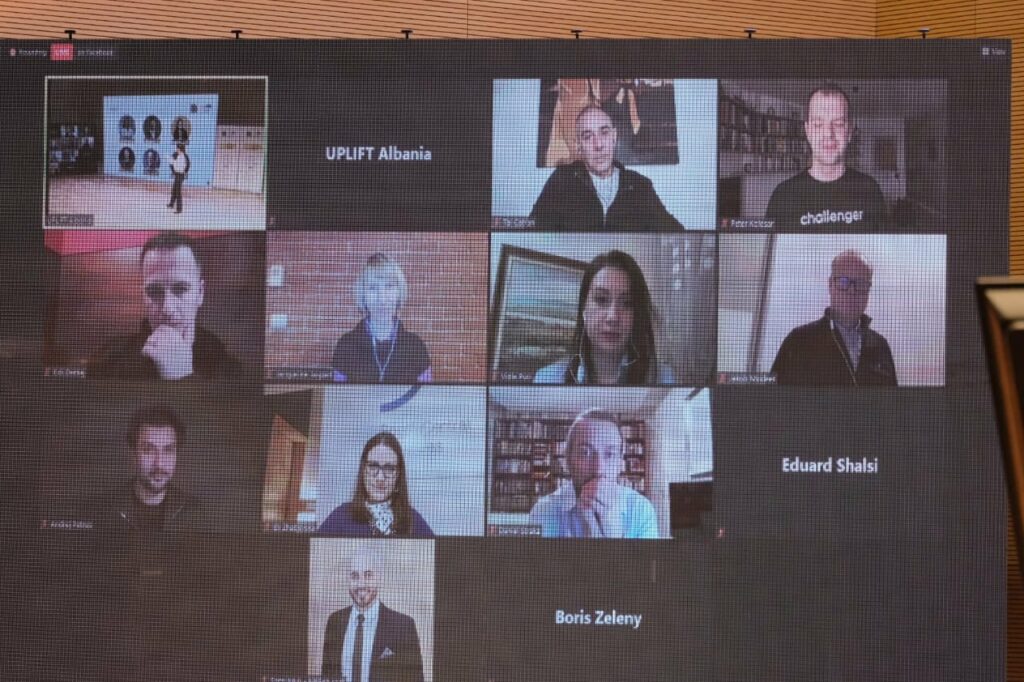 SOVVA had served as a bridge between leading sectors and industries in Slovak economy promoting R&D development in technology and Uplift Albania was made possible thanks to the partnership with ICTSmedia and financial support of SlovakAid. 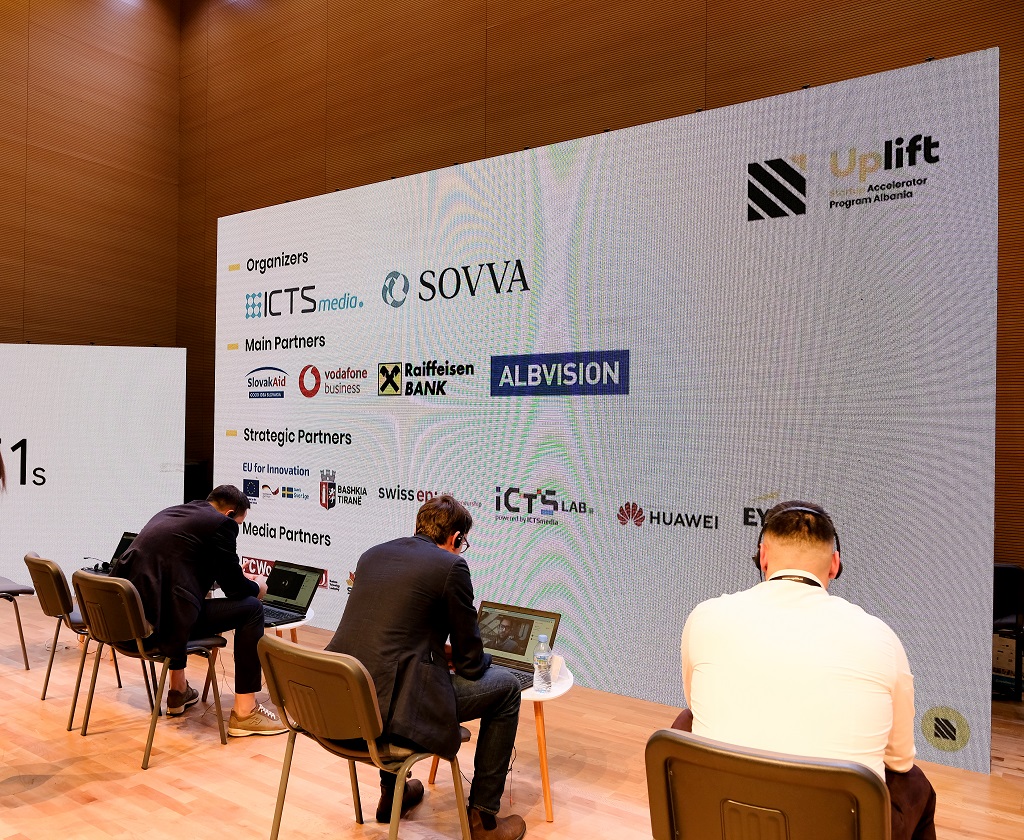 “During these two years as Minister of Entrepreneurship, i have the privilege to meet great ideas and talent but I will never forget when a group of young people came at my office and asked for a law to support young entrepreneurs and startups. Today that law is a reality,” said Mr. Eduard Shalsi, Minister of Entrepreneurship Protection. Such initiates like Uplift Albania can play a role that government cannot he added.

Mr. Peter Kolesar, one of the great supporters of Uplift Albania described the acceleration program as a cooperation platform between Albania and Slovakia. “Thanks to your work, Tirana is being noticed,” he said. 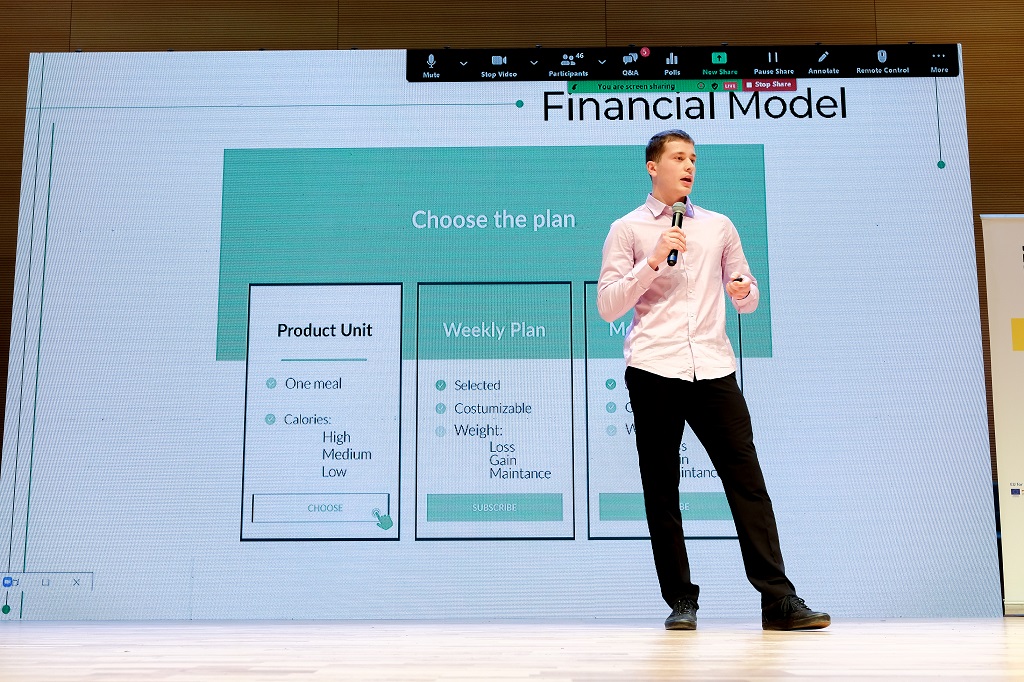 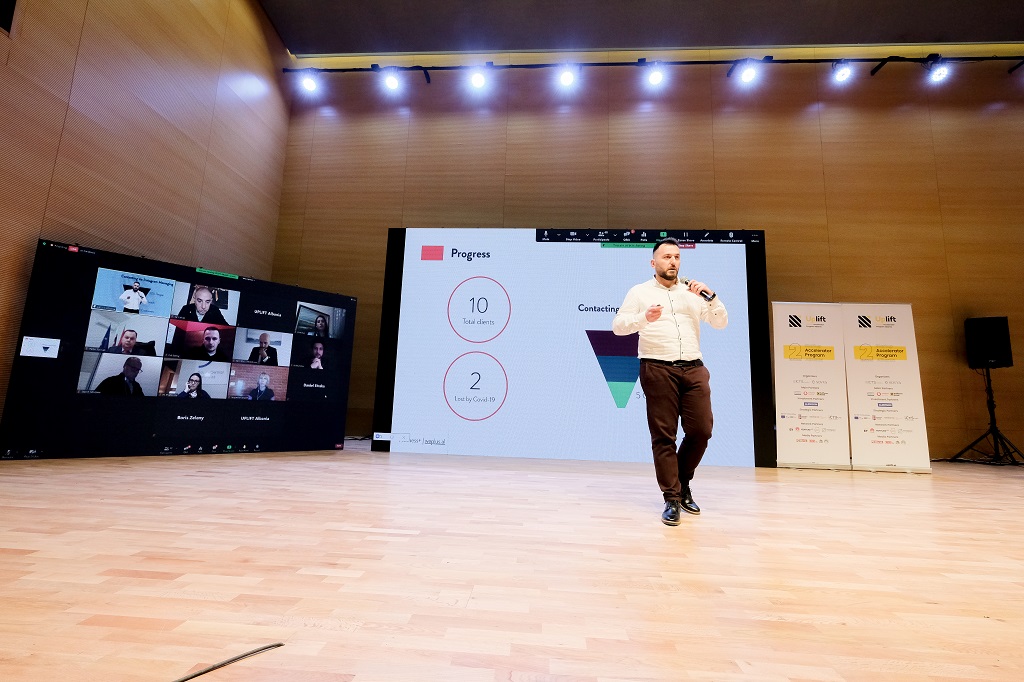 During their journey at Uplift Albania, Hermex won the Elevator Lab Challenge by Raiffeisen Bank and Swipin, Udhë and Wellness+ were selected by EU for Innovation Matchmaking and Exposure Program. 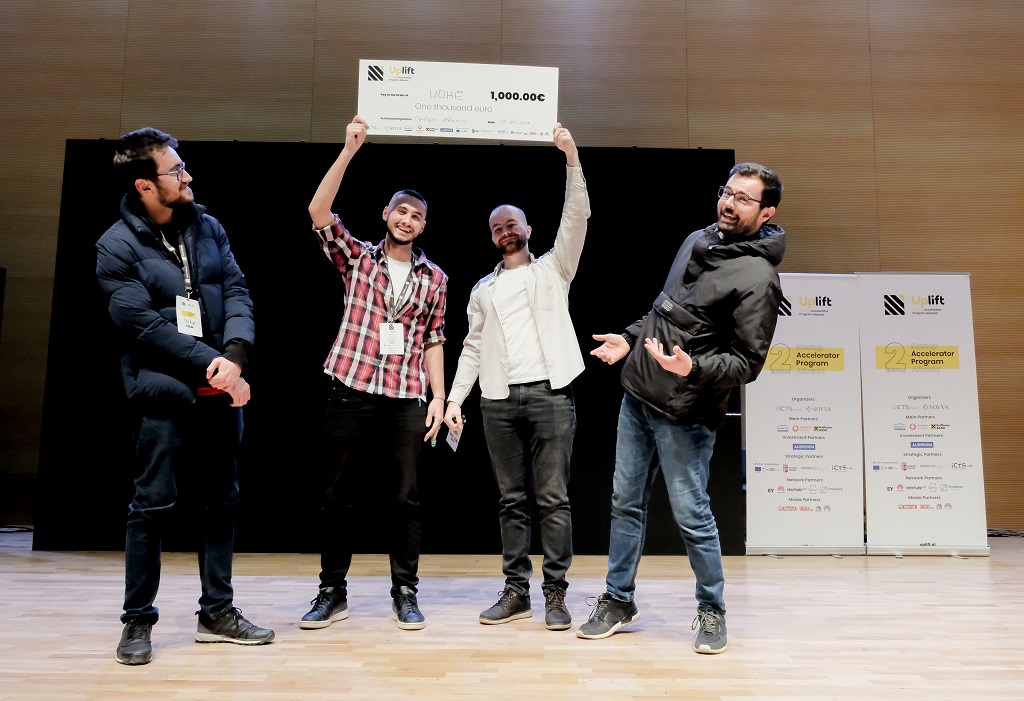 The second batch of Uplift Albania concluded with winner’s announcement. The first prize of 3,000 euros went for Crossplag. The second and third prizes of 1,000 euros each went for Hermex and Udhë.

Swipin was granted the Fast-Track Bridge2EU package. Bridge2EU is project financed by SlovakAid and in the next 2 years will select 12 young entrepreneurs from Albania, Kosovo and North Macedonia to follow an intensive research program in Slovakia, Czech Republic and Austria.

Uplift Albania comes as a close cooperation of a broad network of partners and supporters led by ICTSmedia, SOVVA and SlovakAid with the support of Vodafone, Raiffeisen Bank, Huawei, Albvision, EU for Innovation, Municipality of Tirana, Swissep, ICTSlab, PCWorld Albanian, CIO, SCAN TV and Geek Room. 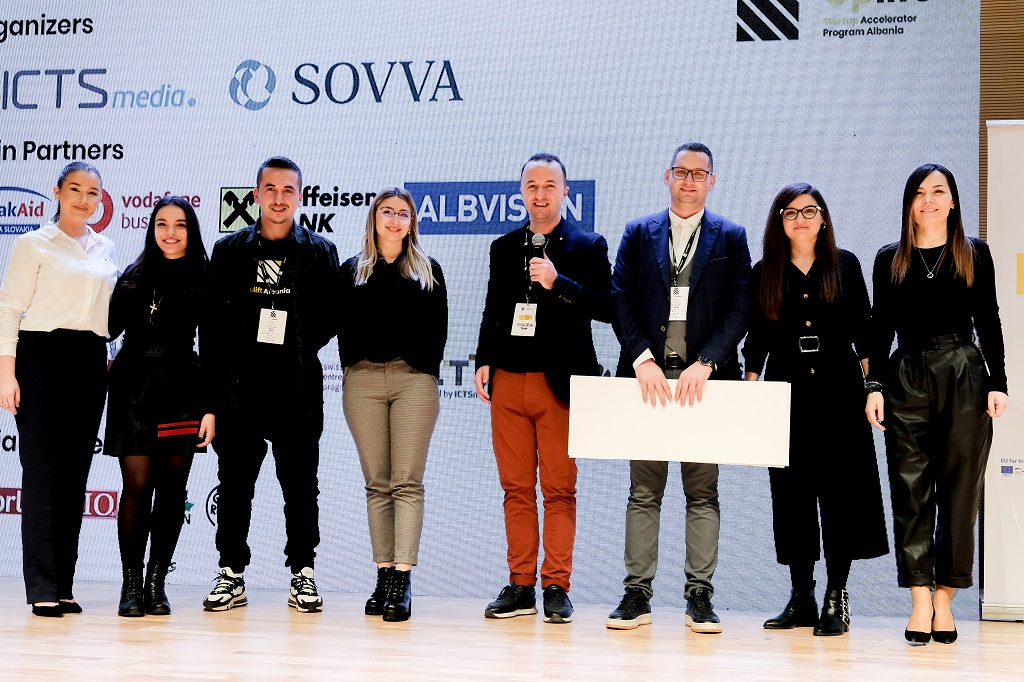 8 startups under the patronage of 50+ experts, during the acceleration program learned how to attract investors, to protect their intellectual property, to improve their business models, to apply lean startup methodology and tomorrow to build a better future by transforming themselves to successful businesses.