One of the most promising startups coming from the first batch of Uplift Albania, PlexusVR, a virtual reality puzzle game has been officially accepted by Oculus Store to sell gaming licenses.

The game will be sold for 9.99 dollars at Oculus Store and in less than three days generated its first 1K+. PlexusVR will also be part for Facebook Developer Community. In this interview the team behind PlexusVR unveils thr latest developments and future plans. 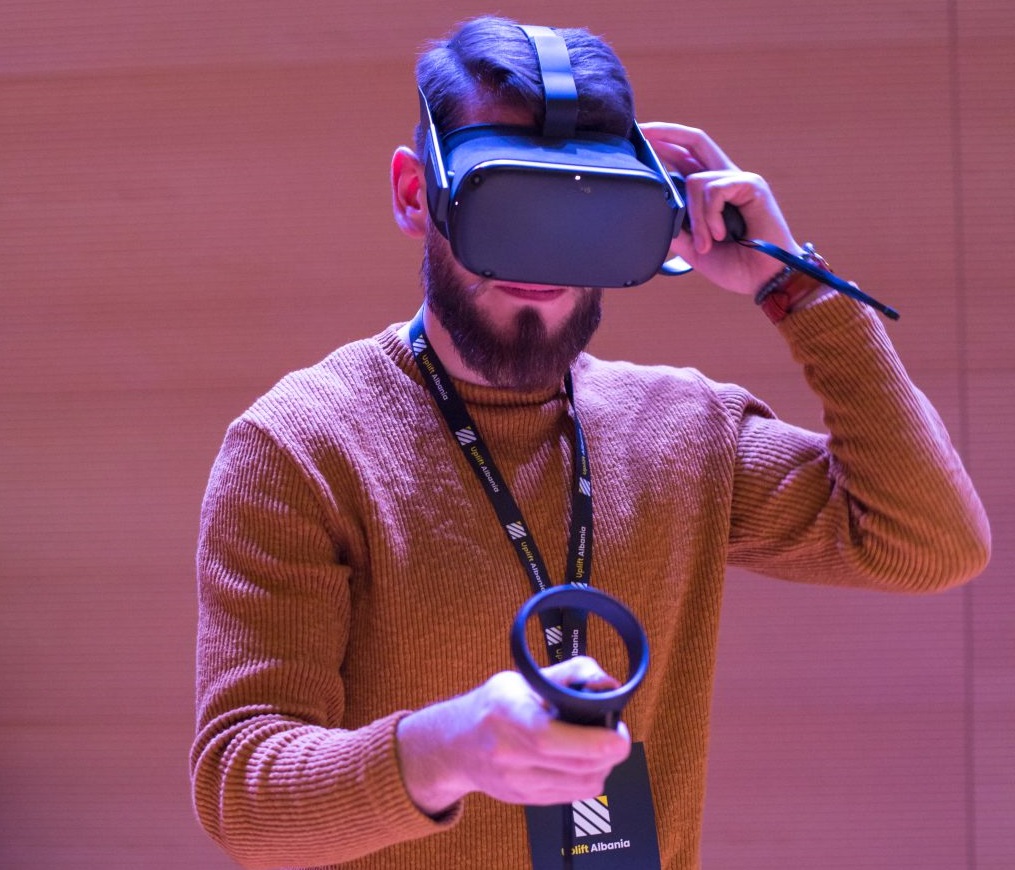 1. A simple description of the idea behind PlexusVR and how it all started?

PlexusVR: Plexus represents a game based on virtual reality and it is the first Albanian product of its kind to be published on Facebook global platform for virtual reality solutions. It is an adventure, puzzle and narrative game. It came from the passion for technology and in particular gaming. We were looking to build no only a game which entertains but also help people use their deductive skills. The idea of an Albanian product was another impetus. To have a better idea what we are talking about you can watch the official trailer of PlexusVR: https://www.youtube.com/watch?v=d16tmpE4BqU

2. Journey towards PlexusVR and where lies its potential?

PlexusVR: We consider our journey to be a very special one, since we have an Albanian product aiming for a global market. In this context it is very important to forget the concept of local mindset and take another approach while being confident on what you are building. The best way to speak to the future is by creating it. Since our future is now, we find ourselves together will other world leading game studios and to prove that our country has the potential to innovate too.

3. How it works and what technologies are behind?

PlexusVR: The game we created works with a device called Oculus Quest, Rift or Rift S. These are devices created by Facebook whom we are in direct partnership. To build this game we used Unity Game Engine, C# programing language, Blender for 3D modeling and Substance Painter for the materials that give life to the surroundings. 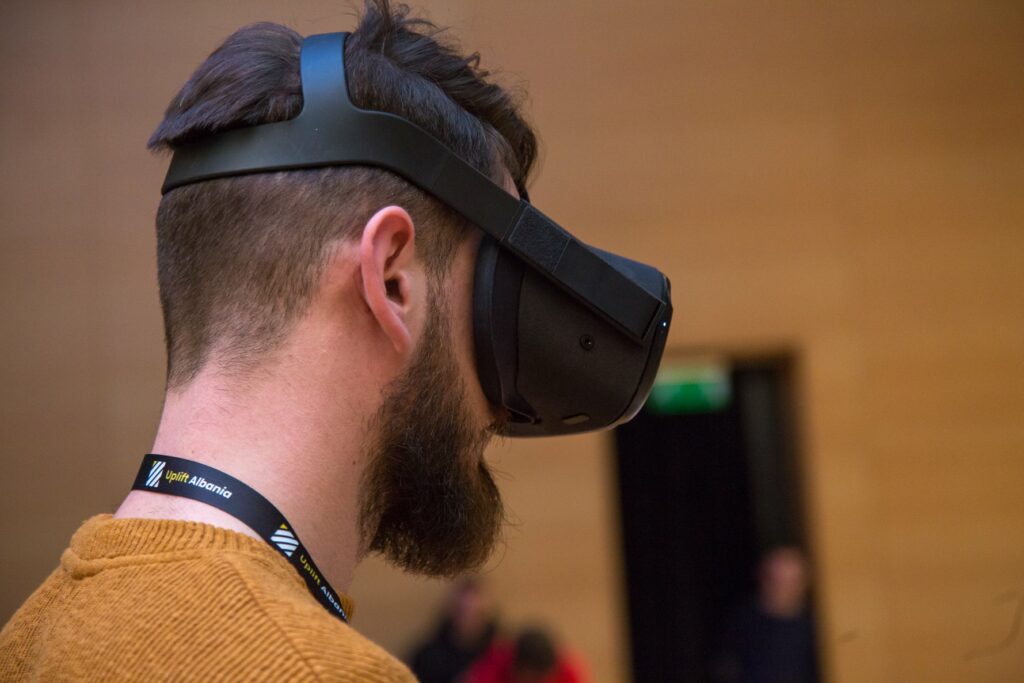 4. What do we need to experience PlexusVR?

PlexusVR: Plexus is available right now from Oculus Store. To play you must have a virtual reality device offered by Facebook like Oculus Quest, Quest 2, Rift or Rift S. In the near future more devices will be added to this list and soon will be available also on SteamVR. Steam is the leading gaming platform for PC games. With this move we expect to increase userbase since the game can be played by any virtual reality device like Valve Index, HTC Vive, HTC Vive Pro, HTC Vive Cosmos, Razer OSVR, Acer AH101, Pimax 4K, 5K, 5K Plus, 8K and 8K Plus, Samsung Odyssey and Odyssey +, Dell Visor, Lenovo Explorer, Varjo VR-1 and VR-2.

5. The adoption of virtual reality technologies is its first steps. What is your perception regarding its adoption and can you give us some stats about Plexus?

PlexusVR: Virtual reality is surely in its first steps, but people are starting to understand its potential to do good things in addition too entertaining value. We had many positive reactions from users around the world from US, UK, Canada, Germany, Sweden etc. In the first 5 days we had hundreds of copies sold most of them in US with a rating of 4.9 out of 5 in the store.

6. How do you describe your experience at Uplift Albania and the impact of acceleration program at PlexusVR?

PlexusVR: Uplift was an experience who helped us a lot. Investors meeting during the program secured us the financing to further develop the project who just started to take shape. To built a product like this you need a lot of information and knowledge and most of those has been addressed during trainings and workshops at Uplift Albania. We strongly encourage every Albanian startup to apply and join Uplift Albania. 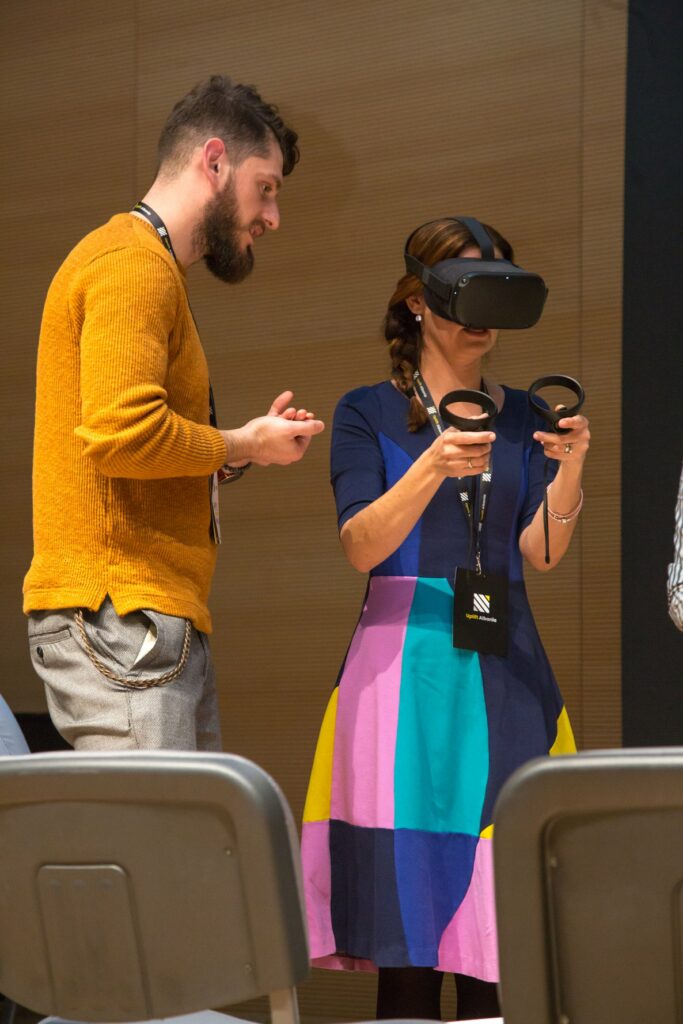 7. In the world of startups investment is crucial. Has PlexusVR raised any investment?

PlexusVR: From Uplift Albania we raised an investment who helped us at this point, launching our product on Oculus Store. Today we believe the product has the potential to be sustainable and support our vision.

8. We want to know more about latest developments from joining Oculus Store to Facebook Developer Community?

PlexusVR: The process towards Oculus Store was not an easy one since the product is reviewed by VR and AR specialists in detail to ensure it meets the latest technologies and standards. We had several communications with the team at Oculus and successfully we made to big Facebook Developer Community.

9. What the futures promises for PlexusVR and what makes it successful?

PlexusVR: pleXus is challenging and demanding game but relaxing at the same time. These challenges come with a narration for every part of the game. We had positive feedback from users around the world. That’s why we believe the game will be successful especially when we release it at SteamVR Store hoping to extend its userbase.

PlexusVR: During last couple of years AR and VR industry has made big progress in different fields and especially in gaming industry. Augmented Reality is more accessible thanks to smartphone which everybody posses one. The only barrier standing between us and VR is the need for a dedicated device. The market is growing fast and people are understanding its potential in addition to the pricing which is getting more affordable. With that said, everyone soon will have at least such a device. We are happy to be first in Albania and one of the firsts in the Balkans. We hope to make this future slightly more tangible for everyone.